It is important to note at this time that the table below lists all the elements of the periodic table and is a bit advanced. We will not be focusing on the transition metals series or any of the complexities of this table. Instead, we will be focusing on the first 20 elements of the periodic table. Don’t be too worried though as these 20 elements will give us the knowledge and understanding to tackle the rest of the elements as we move on in our studies. What should be noted from this table however is the way in which the elements, the symbols, the atomic numbers and atomic masses for each element are ordered. 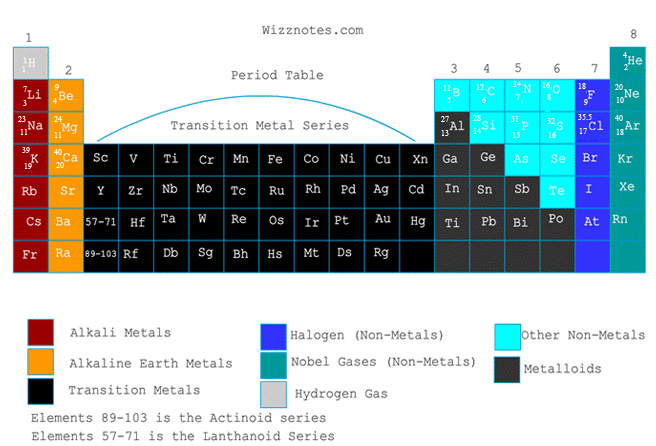 As seen above each element in the periodic table possesses a name, a symbol, an atomic number and an atomic weight. For example, the element Florine below: