Support and movement in mammals

The limbs are connected to the main axis by girdles. 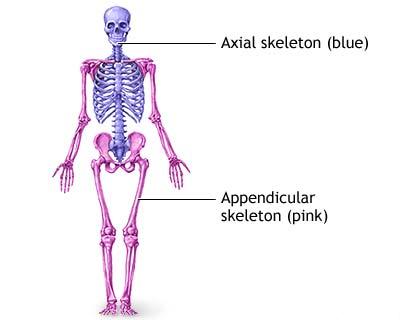 The skeletal system shown above is that of a human. For mammals however, the direction of the axial skeleton is usually horizontal. Most of the system is made of bone which itself is made of mineral compounds, such as calcium phosphate and magnesium salts. Although bone is hard, it contains collagen fibres which give it some amount of elasticity. A supply of food and oxygen is given to bones via blood vessels. Hence, bone contains living cells.

The labelled skeleton of a human can be seen below. 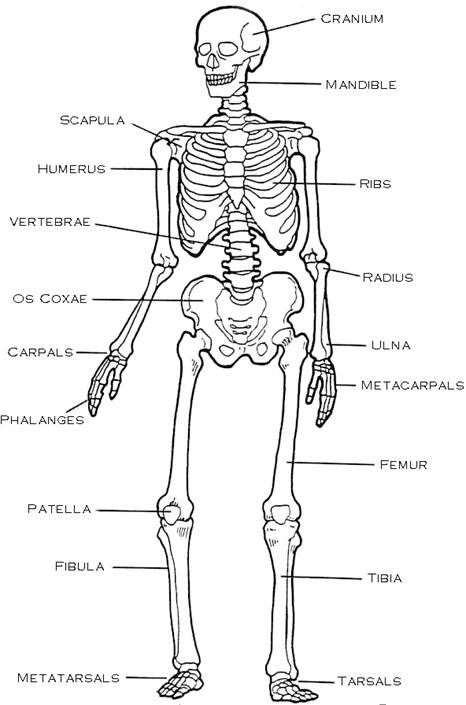 Movement in the forearm

Of course we all should know that our arms can be bent at the elbow. Contraction of the biceps, which is attached to the scapula at the top and the radius at the bottom, pulls on the radius and ulna co the arm can bend. This bending is known as flexing and the biceps called flexor muscles.

Pushing, the reverse of pulling, is done by the triceps which contract to extend the arm. These muscles are therefore called extensor muscles.

These two muscles in the arm work together. When one contracts, the other relaxes. As a result, they are referred to as antagonistic muscles.