Structure and Function of the Nephron 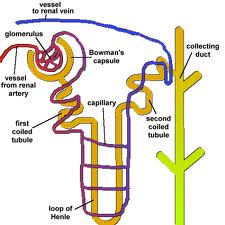 Some animals do not have a well developed kidney; they may have structures called nephridia. Animals such as earthworms that are simple tube-like structures have nephridia that have the same role as the more complex nephrons in the kidneys.