This type of reproduction only occurs in flowering plants which produce female and male sex cells. 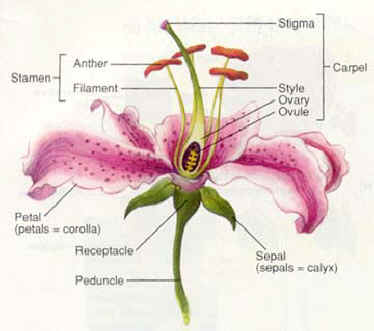 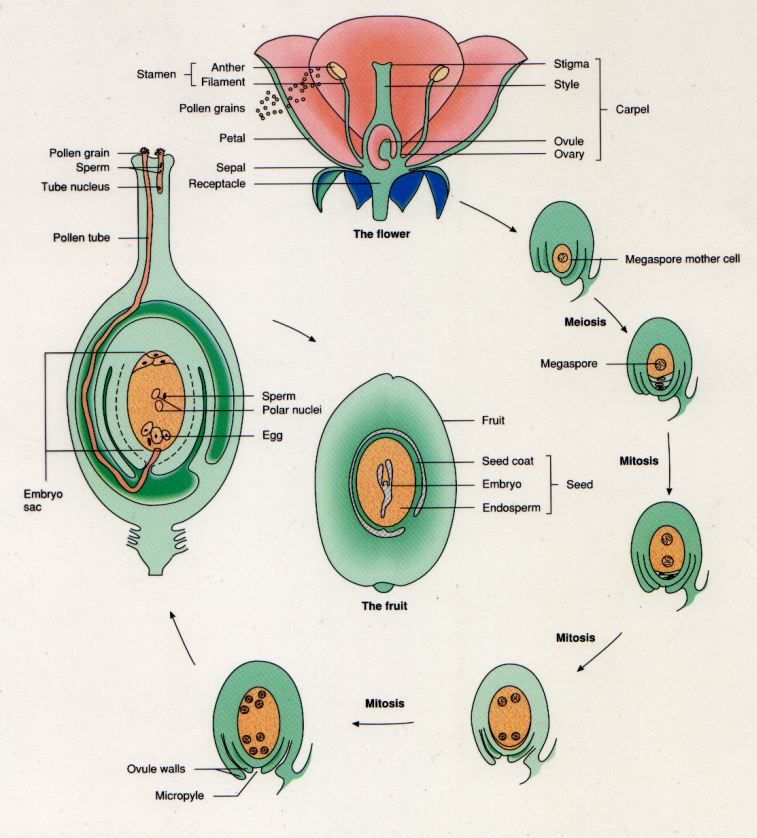 The cell formed after fertilization occurs is known as a zygote. The cells forming the zygote will continue to divide and produce identical daughter cells. Once fertilization occurs, the ovary forms the fruit and the ovule- the seed. The seed can then germinate and become a new plant.