Pumping Mechanism of the Heart

Blood from the body enters the right atrium through the inferior and superior vena cava. Blood from the lungs enter the left atrium through the pulmonary vein.  The heart beat is initiated and maintained by special muscle cells known collectively as the pace maker or sinoatrial node. The pace maker is ideally placed in the muscle of the right atrium. The pacemaker sends a wave of excitation through the muscles of the right atrium and to the muscles of the left atrium. The excitation results in the contraction of both atria (plural for atrium) at the same time resulting in blood rushing across the tricuspid and bicuspid valves into the right and left ventricles. 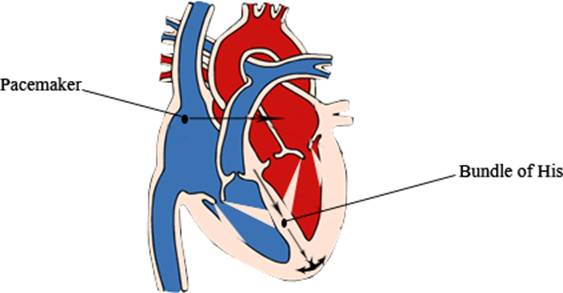 The diagram below shows the diastolic and systolic cycles. 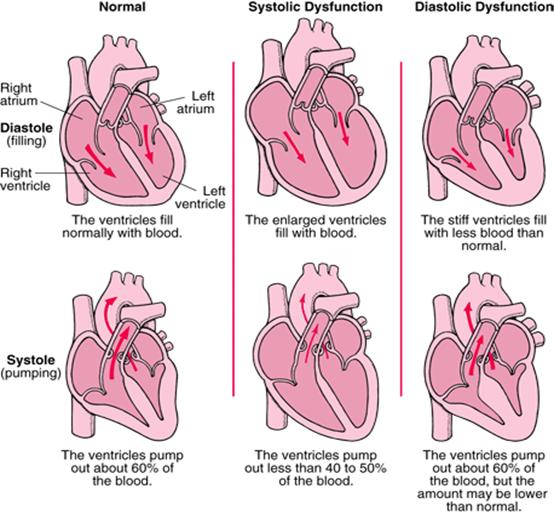