Consider the diagram below where large solute particles are unable to pass through the membrane, it only allows water to pass through. Osmosis occurs until there is an equal concentration on either side (until equilibrium is met). 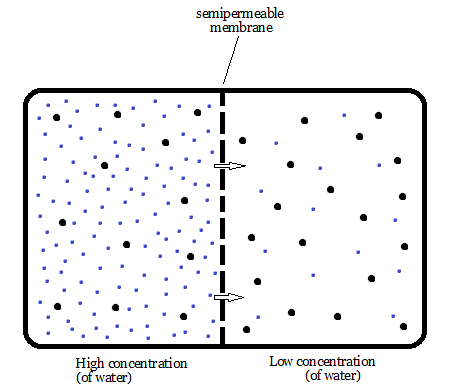 The Figure above shows Osmosis.

The arrows represent the direction in which water molecules will move across the semi-permeable membrane.