All living things are supported by some form of skeleton. Many plants and animals have what is known as an endoskeleton because it is inside the organism. Of course, an exoskeleton would be the opposite and be outside the organism. Earthworms and insects have the two types of skeleton respectively. 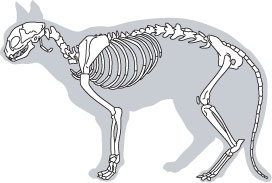 The diagram above shows how an endoskeleton may be positioned in an organism. 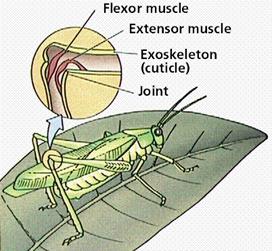 The diagram above shows the exoskeleton on a grasshopper (insect). 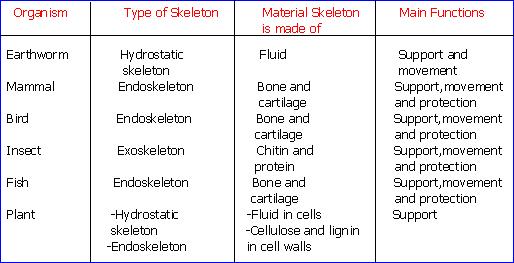 Held in shape by the fluid inside them, these organisms are adapted for squeezing through the soil. To grip the sides of burrows, they have chaetae on their underside. Muscles cause the worm’s body to get long and thin or short and fat. These are the circular muscles and the longitudinal muscles respectively.

Adapted for flight, birds have bones with large air spaces, wings instead of forelimbs, feathers and a streamlined body. So, although their skeletons are somewhat similar to the human skeleton, the adaptations mentioned help to account for the difference.

Fish also have an adaptation, this is swimming. As a result, they have a flexible vertebral column, a swim bladder and have fins as well as their streamlined shape.