Reasons for adjustments in revenue and expense accounts

At the end of each accounting period some adjustments may be needed for some expense and revenue accounts. This is due to some of these accounts having outstanding balances as well as having prepayments and advanced revenues advance.

Below is an example:

On January 1, 2010 the following balances among other balances stood in the books of T. Tyler.

During the financial year ending December 31, 2010 the following transactions were recorded:

At the end of the financial period December 31, 2010 the following accounts showed balances:

You are required to write up the accounts including the correct amount to transfer to The Profit and Loss Account ended December 31, 2010, and any balances to be carried forward to 2011. 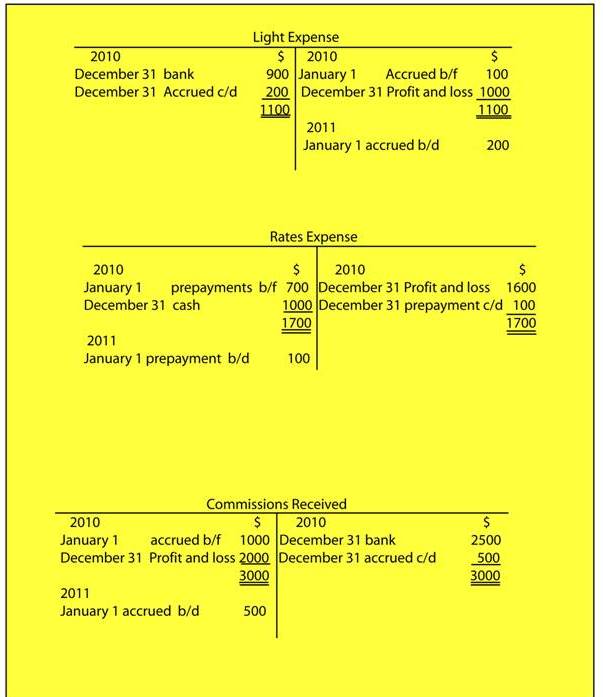