Assets may be listed based on how quickly they can be converted into cash which is called the order of liquidity. In other words, they’re ranked. The asset most easily converted into cash is listed first followed by the next easiest and so on. Of course since cash is already cash it’s the first asset listed. 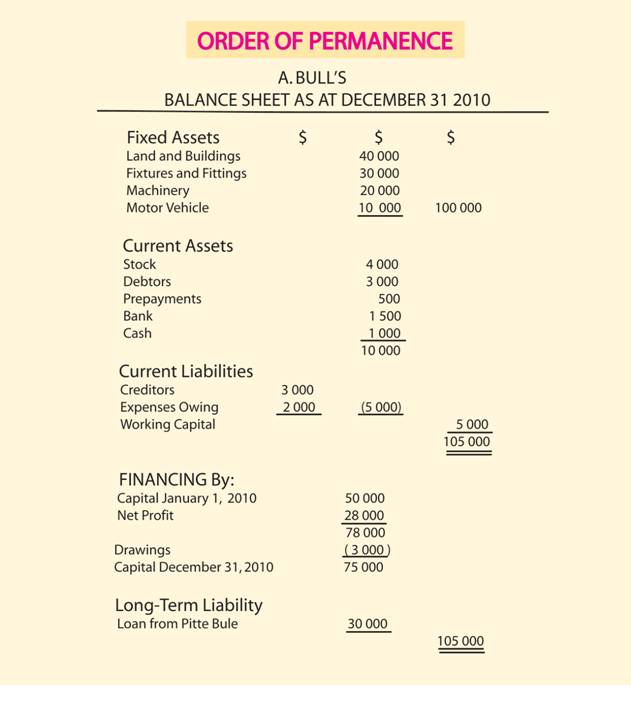