In this method, the first objective is to eliminate one of the two unknowns (variables). This is done by:

1.  Adding the equations. This procedure is carried out if the coefficients of one of the unknowns are the same, but they have different signs. 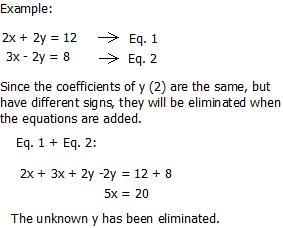 2. Subtracting the equations. This is done if the coefficients of one of the unknowns are the same and have the same sign. 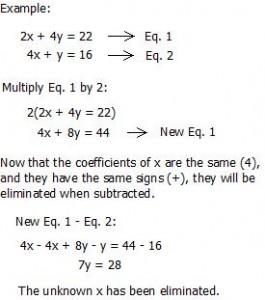 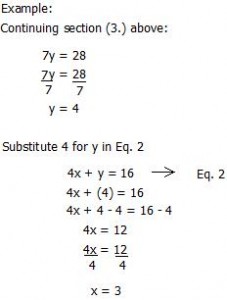 Note:  Re-visit the rules in carrying numbers across the equal sign in Linear Equations (with one unknown), if needs be. 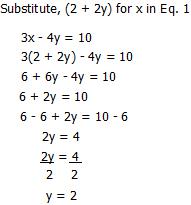 Step 3: Solve for the unknown which was made the subject, by substituting the value obtained in step 2 in the equation made by the subject. 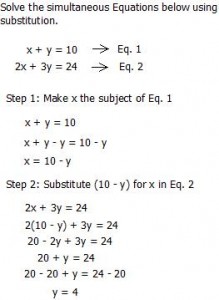