There are properties that are shown by ionic compounds. These are:

– Have ions arrange in a fixed pattern called a crystal lattice

– Conducts electricity when molten or dissolved in water

An example of the properties of ionic compounds is sodium chloride. It has a crystal lattice as seen below. It is important to note at this point that this arrangement of atoms is due to electrostatic forces of attraction between the positive and negative charge of the Sodium cation and the Chlorine anion.
The structure of Sodium Chloride is shown below: 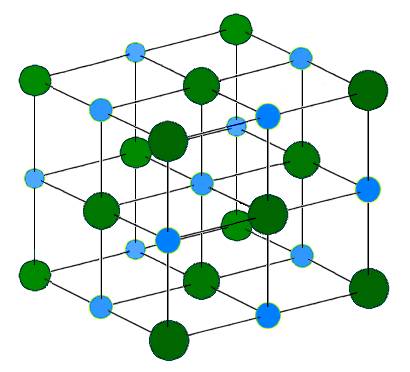 Sodium Chloride also has a high melting and boiling points because of this rigid crystalline structure and it requires a large amount of heat energy to break these bonds to form a fluid.