Locomotion in plants vs. animals

The skeletons in plants are mainly for the purpose of support as plants do very little movement. Plants will not move their entire bodies but parts of their body may move.

This involves movement due to stimuli such as gravity, light, water, touch and chemicals. Plants will grow in the most suitable direction when affected by the stimuli aforementioned. An example of growth movement is shown below. 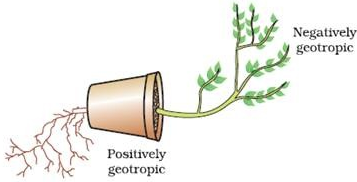 -Folding of leaves as a result of turgor changes

-‘sleep’ movements as a result of changes in light and temperature

-Mechanical movement, such as bursting of seeds, as a result of changes in humidity

Of course you should realise by now that plant and animal movements are quite different. The structural composition of plants and animals are built to allow different types of movements. However, the fact remains that both animals and plants move.