Sources of information for entries in Control Accounts 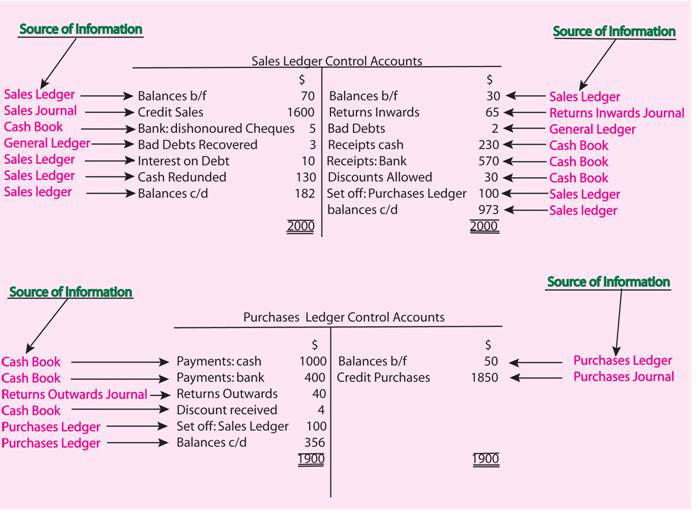 Significance of the balances on the control accounts